For a long time, email has always been a leading means of communication for individuals in the world of business. When you email a proposal, you make obvious what is to give and take between the involved parties just as if you are meeting physically. You agree on things which then bring about the confirmation of all the important details of what you have agreed to or completed.

However, it should be noted that doing negotiations through email is not a perfect process as an email can be easily misinterpreted, especially when it comes to intent and tone. Indeed, this explains why negotiation training, such as the one offered by Shapiro Negotiations that covers all forms of bargaining, whether physical or virtual.

With this in mind, we will highlight the things to and the things not to do when it comes to email negotiations.

Many people in the business world are fond of drafting and sending negotiation emails without putting into contemplation the strategic signals they are sending. For all it is worth, paying attention to all the necessary details and assessing the strategic signals being sent are very paramount. You do this by considering the language of your email draft and check if you’re communicating the way you intend to. Pause and check before sending it because your message should be as strategic as needed.

Complex proposals and data dumping through email can bring about confusion or ambiguity on the part of the recipient. This is because it’s very easy to misunderstand the content of an email message. Therefore, try to use a language that is not only clear but also concise.

Besides, try to include bullet points and executive summaries to make the message easily readable. When this is done, the recipient will have some confidence, which makes it easy for them to focus on the salient points while neglecting the less important ones.

Apply wisdom to the timing of your negotiation emails. You don’t want to appear desperate to your counterpart so that they won’t take advantage of you. Therefore, before replying to any email during negotiation with another party, let it take some time so that they can understand you are not driven by desperation.

Sometimes, the email doesn’t convey complex ideas properly. Thus, you might want to consider the option of putting it into Word and attaching it as a document instead of drafting an unnecessarily long email.

Lastly, try to support your positions with benchmarks and standards such as precedent, market value among others. It is never enough to just email your message to your counterpart without any backing authority.

Anger is a destroyer. It can mar something built for ages in just a few seconds. Therefore, endeavor that your emails are not sent in the heat of the moment, lest you use a language you will come later to regret.

Another thing you must avoid at all costs is dishonesty. Research has shown that individuals tend to lie more in emails than in physical negotiations and break down negotiations faster than dishonesty as it destroys the mutual trust already established between the involved parties.

Finally, you have to watch the tone of your messages carefully before sending them. This is because you need to avoid coming across as manipulative, which is usually caused by relying solely on persuasion. This is especially so when such persuasion comes from a powerful position.

Now, you know the dos and don’ts for getting the most out of your email negotiations. 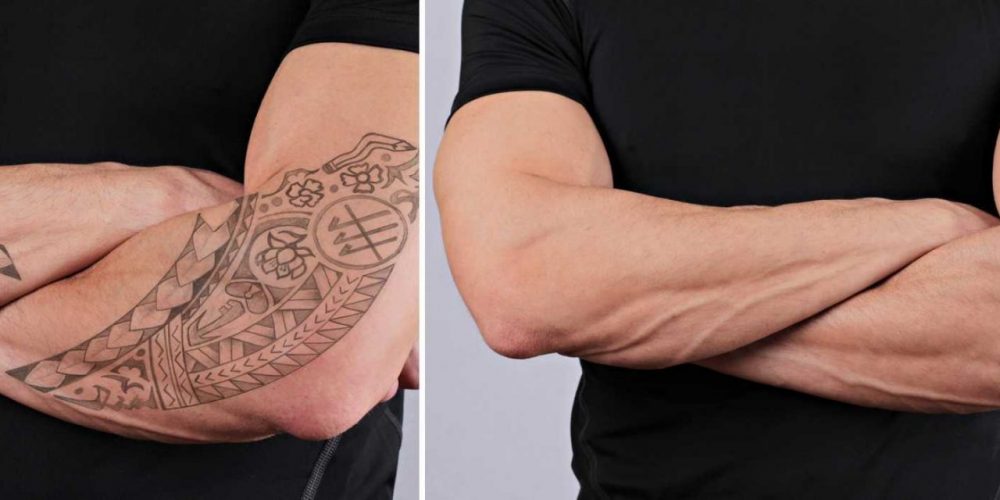 Tattoos are a very popular thing among the youth yet as they grow older many may want to have their tattoos removed, this is referred to as tattoo regret. According to many, the main reason for having the tattoos removed is because they made a naïve decision while young and now don’t feel good about the tattoos.  Many are times some request the names of their ex-lovers removed. In most cases, visible or some types of tattoos do not go well with most types of work environments. However, laser technology invention has come in handy to assist people to deal with this problem, unlike traditional surgeries.

Is it possible to remove any type of tattoo?

This is a question asked by many, the density of the tattoo, its size, and the type of ink used will greatly affect the removal process.

The majority are removable, unfortunately, some are not completely removable. Over the last 10 years, tattoo experts have upgraded their tattoo skills and because of the improved ink technology, most tattoos tend to be permanent.

How does the laser remove tattoos from the skin?

Tattoos are usually designed to last for a lifetime, however, they can be removed by the use of laser technology. Once the ink gets into the skin, the immune system immediately senses danger. The white blood cells are then released to the site to fight the intruder.

Tattoo ink is usually made of heavy metals that are not compatible with the white blood cells. They therefore immediately start fighting it and takes it towards the kidneys where they will be disposed of from the body.

However, the problem here is that the blood cells are too small compared to the tattoo ink. The blood cells will take decades upon decades trying to fight but the ink will often remain almost intact; here is where the lasers come into play.

Lasers work by producing energy which breaks up the tattoo ink under your skin into very small particles. This makes it simpler for blood cells to carry and dispose of, it requires many laser sessions for the tattoos to be fully removed from your body.

What are the factors of successful tattoo removal?

In the removal of a tattoo, many factors are considered to the level of success.
Size. The bigger the size of the tattoo, the longer the amount of time it will take to be fully removed.

Location. Tattoos in softer locations of the body are easier to remove than ones is a harder region of your body.
color. The success of tattoo removal depends on the type of color used. The black color is generally easily removed, unlike others.
Age. Older people mostly have weaker immunity, making their body healing process slower, this makes it harder to remove the tattoos permanently.
Newer tattoos are also more difficult to remove compared to older ones.
and health conditions.

Treatment
Tattoo removal just hurts as much as when they are placed, even though this varies among people; it is generally uncomfortable. To reduce the pain, experts advise on having Tylenol some hours before the session begins. Anesthetic ointments are also applied to the tattoo to reduce the pain further.

The removal of tattoos by laser always takes a few minutes, this will however depend on the size and the type of tattoo. You will need many sessions for the tattoos to be removed, most are usually split between 5-8 weeks.

During a tattoo removal session, you will be required to wear eye shields to prevent the eye from coming in contact with the laser rays. The laser pulse is usually very rapid and as per the tattoo size, between 10 and 30 pulses will be required per session.

Laser technology has helped to easily remove tattoos and without leaving any traces of the tattoos or injuries. This has unlike traditional ways increased the efficiency together with the amount of period that the tattoo takes to disappear.